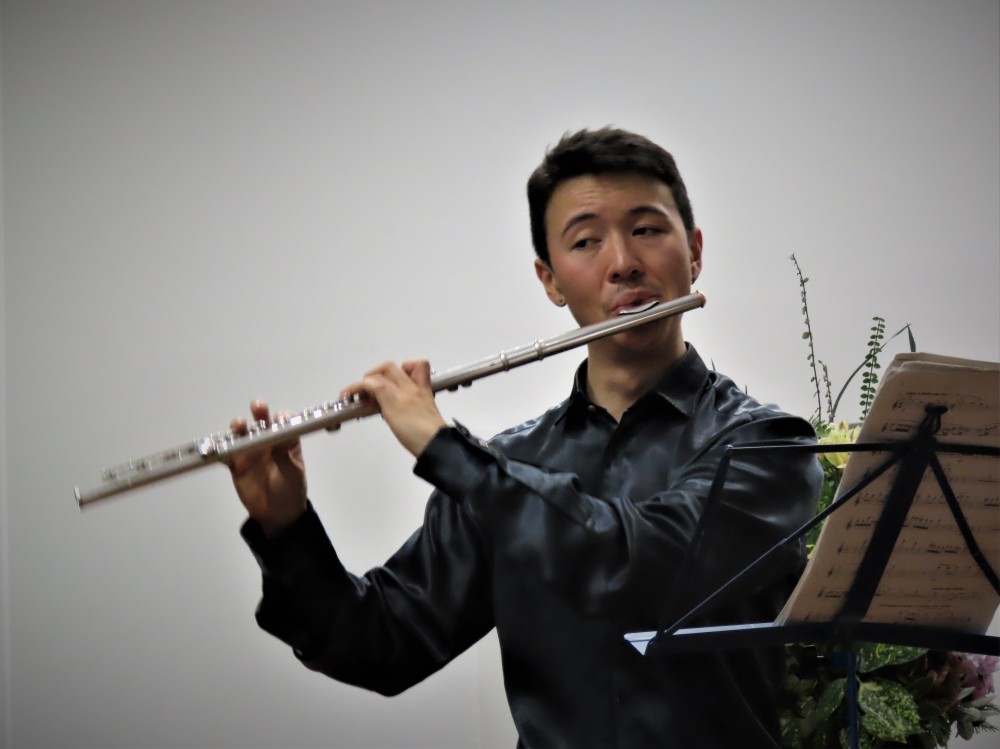 Flautists have been infrequent visitors to the Scunthorpe and North Lincolnshire Concert Society over the years. This alone might have been good reason to welcome Daniel Shao, flute, and Joseph Havlat, piano, to the Outwood Academy, Foxhills, for the last concert in 2019. But there was even more to celebrate, since these conspicuously talented youngperformers brought with them a programme brimming with musicianship that combined repertoire favourites with less familiar offerings.

Then where did the accent fall in this vivacious flute and piano recital? The answer would have to be …across the water to La Belle France.

There were other accents noted, besides French. The evening began with a crisp andelegant reading of Bach’s E minor flute Sonata. Elgar’s Salut d’Amour followed, in due course, as well as Hamilton Harty’s folkloric In Ireland and Gluck’s Dance of the Blessed Spirits.

The duo also introduced a short piece Olde Redding, by Gordon Heard. Charmingly, Daniel Shao revealed that Heard was his great uncle, and the man who provided earliest advice and instruction to the young flautist.

The French Connection took distinct shape in the Fantaisie for flute and piano by Georges Hue. The composer was among the young generation (Debussy was another) who fell under the spell of Asian music, encountered first-hand in the Exposition Universelle in Paris in 1889. This Fantaisie, played beautifully by the pair, incorporated half-exotic elements that invoked the Javanese gamelan, or silver bells and cockle shells heard in faraway gardens.

Fauré’s Sonata No 1 Op 13 began life as a work for violin and piano, but was promptly arranged for flute and piano. This highly influential work bestowed late-running fame on Fauré and left a permanent print on French music. Both flautist and pianist made light work of the sonata’s technical and virtuosic demands in a performance full of warmth and commitment.

The recital ended with an exuberant account of Poulenc’s Flute Sonata, a work so various, so dynamic, so quick-silver, that it oscillates between gravitas and gaiety, between longing and levity, within the space of a few bars. Daniel Shao and Joseph Havlat handled these shifts in tone and temperament with artistry and enormous relish.

Recalled to the stage by sustained applause at the end of the recital, the players gave one last twirl of the Tricolour by offering a Godard Valse, a piece much redolent of “Gay Paree”.  ‘Bravo’ said the audience – in French, of course. 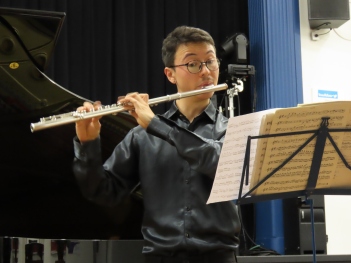 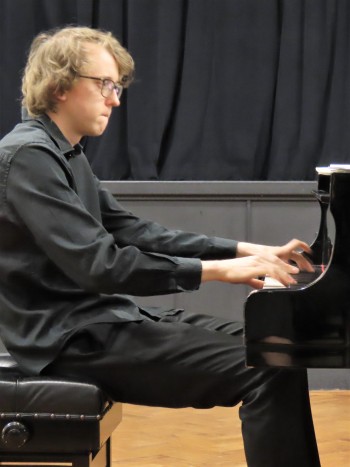 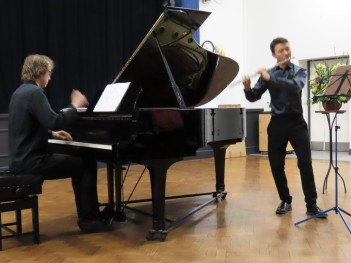 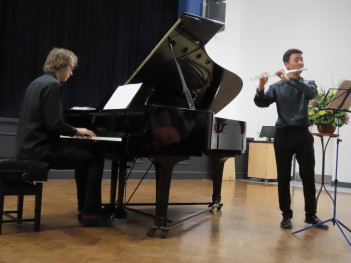 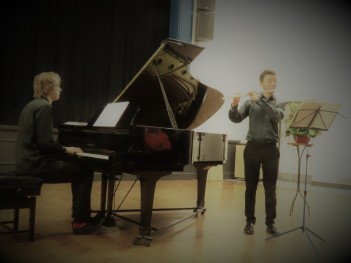 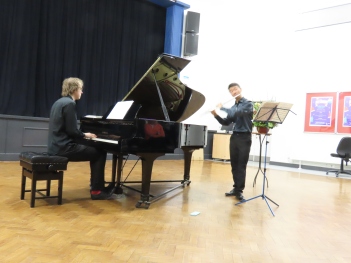 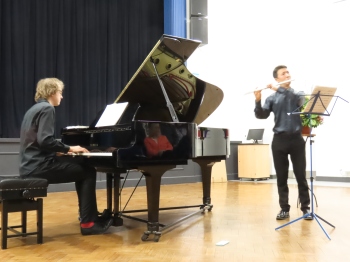 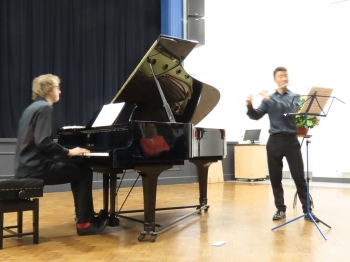 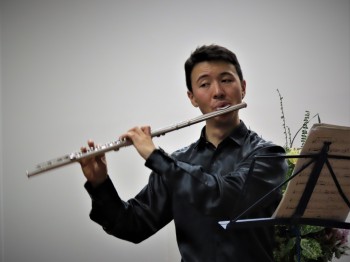 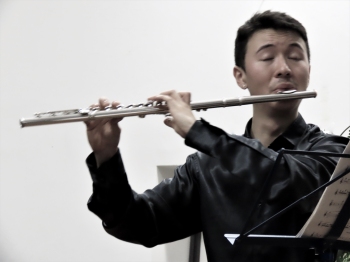 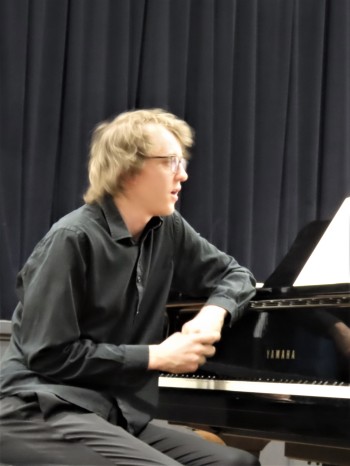 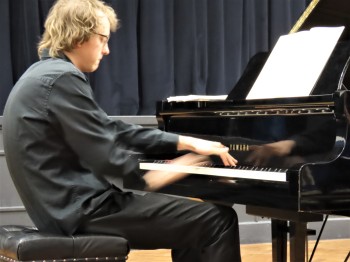 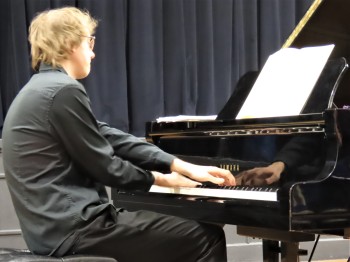 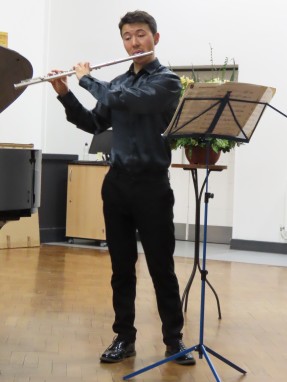 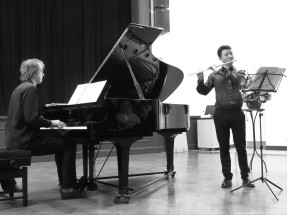 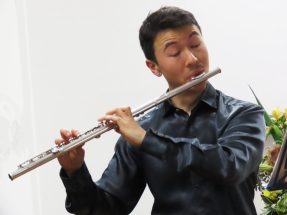 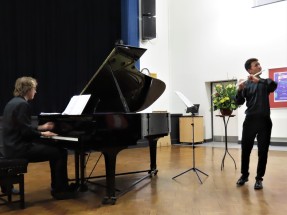